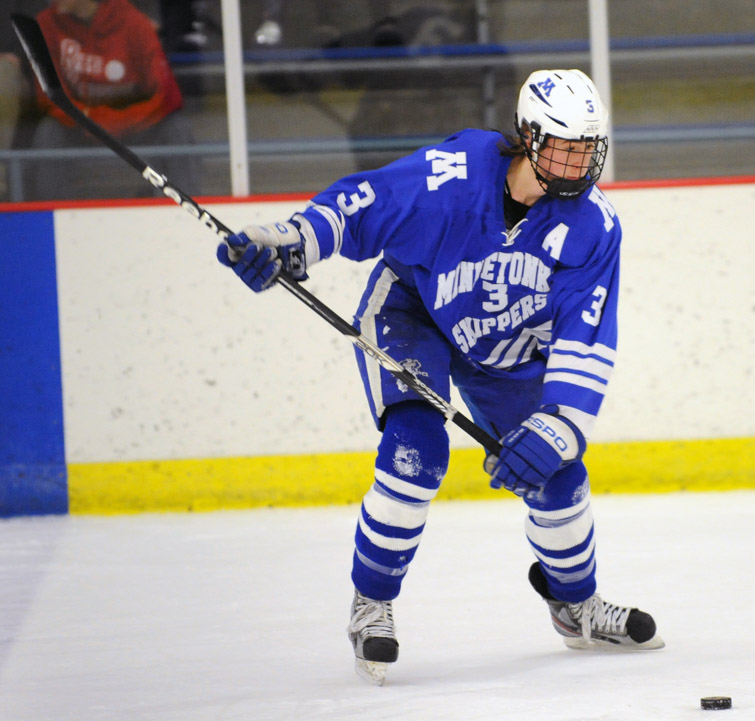 A total of 18 Minnesota high school players are among the 245 North American skaters listed in NHL Central Scouting’s final rankings.

The top high school player is Minnetonka defenseman Tommy Vannelli, who completed his senior season with the Skippers this season and was a finalist for the 2013 Mr. Hockey Award. He moved up 33 spots from his mid-season ranking to be ranked 44th in the final rankings. Vannelli is currently competing with the USA Under-18 team at the World U18 Championships in Sochi, Russia.

Six of the 10 Mr. Hockey Award finalists this year are among those 18 players, including Vannelli. The 2013 award winner, Grant Besse of Benilde-St. Margaret’s, who moved up from 124th to 106th. The other finalists who were ranked include Edina’s Parker Reno (140th), Eagan’s Zach Glienke (160th), Tartan’s Jake Jackson (170th) and Hibbing’s Adam Johnson (176th).

Chris Forney, who finished his senior season at Thief River Falls this season, was also included on the final list without a ranking. He was 168th in the mid-season rankings.

A pair of 2012 high graduates were also included in the final rankings. Jonny Brodzinski of Blaine, who skated for St. Cloud State this season, came in at 132nd while 2012 Mr. Hockey Award winner Justin Kloos of Lakeville South was listed 203rd.

The 2013 NHL Draft will be held Sunday, June 30, with all seven rounds being conducted on the same day for the first time since 2006. The New Jersey Devils and Prudential Center, Newark, N.J., will host the event.