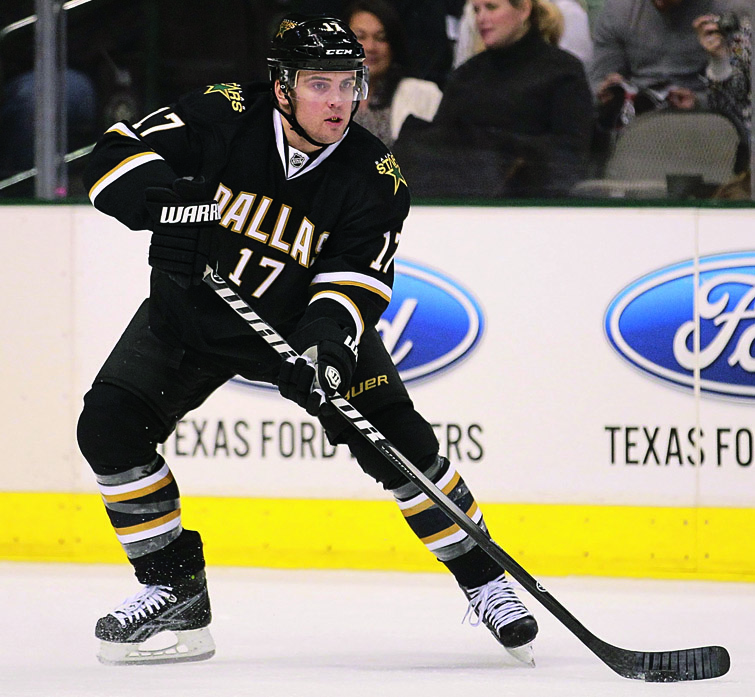 Every other high schooler on the ice always seemed to be one step behind Toby Petersen. So when you were scheming against him (and the rest of his powerhouse mid-90s Bloomington Jefferson squads) you rarely felt in control. Even when you should have.

And what was the toughest thing to game plan against?

“You had to have numbers back when his line came on the rush,” Lindquist said. “Because having [an even-man rush], we would be at a disadvantage. Usually the defense has the advantage, but when he was out there, because he can create and he can beat his man in high school a very large percentage of the time, you'd almost want to have two guys pay attention to him and everybody else play one-on-one.”

Tom Saterdalen, Petersen's head coach for three years while with the Jaguars, saw that hockey sense firsthand – from the time Petersen was an awestruck freshman stepping on to the ice at Elk River's arena, to his early graduation after junior year.

“The neat thing about Toby was, he had the innate hockey sense, the hockey ability, to go to where people weren’t. That's something you don't coach,” said Saterdalen, who sent 22 players into professional hockey during his long coaching career. “I've had players like that before, who anticipate, know where the puck is going to be before it ever got there. He's a unique young man.”

That was Petersen's go-to move: Think one step beyond everyone else. It's gobsmackingly simple in its explanation, yet indescribably complicated to parse out what that means as a skill. Or where it comes from.

“That's a great question,” Petersen said, laughing. “I actually just read an article on that not too long ago. Parents are always trying to teach their kids about hockey sense. Where can they learn this hockey sense? And it's such a hard concept to teach kids. I think part of it, or a lot of it, is just innate. And I think there's a little bit that can be learned from watching a lot of hockey, and watching a lot of good players.”

Petersen was lucky to be part of a good program, he said; a program with more than its fair share of hockey role models. He'd watch teammates such as Mike Crowley and try to pick up on all those little things that made them such effective high school players.

“He has such incredible hockey sense, you can just learn a lot just from watching him, and see what he’s thinking,” Petersen said of Crowley. “He knew what he was going to do with the puck before he got it, and that's something I tried to pick up myself.

So he had that skill, somewhere inside, woven into the DNA of his 5-foot-10, 197-pound frame. He also had the wherewithal to notice it and refine it. But maybe more importantly, he was willing to use that talent unselfishly.

Not that Petersen would ever say that about himself. He's quiet by nature, someone who likes to put his head down, go unnoticed, and work towards his goals. But the talent is undeniable.

It was evident when he got playing time as a freshman for the Jaguars, a team that went on to win the Class 2A state tournament that season. As a junior he earned all-state, all-metro and all-conference honors, putting up 29 goals and 30 assists in 25 games. After graduating, then spending a year playing junior hockey, he jumped to Colorado College, where he played 138 games for the Tigers over four years. In all, Petersen accrued 128 points while appearing in multiple Frozen Fours. He was drafted by the Pittsburgh Penguins after his freshman season.

In 2000-01, he was named to the AHL's All-Rookie team. He would play with the Penguins that season, and he split time between the NHL and AHL for a number of years before latching on with the Dallas Stars in the 2007-08 season. In total, Petersen has 398 NHL games on his resume, with 33 goals and 48 assists. And if you want some flash, in the 2008 AHL All-Star Skills Competition, he won the fastest skater event. He also notched three points, including scoring on the first-ever penalty shot in AHL All-Star Game history.

But listen to Petersen's description of his style of play, and you'd think he was a tough-nosed, fourth-line, bit player.

“I'm not typically known as the loudest guy [off the ice], and I think I carry myself in a similar manner on the ice,” he said. “I just try to do my job I guess, to the best of my ability. Just go about my business no matter what the game brings, no matter what the situation is. Just try to be effective within my role, and move on to the next game I guess. ... When guys pass you by as far as talent goes, and skill, things like that, I’ve always been able to fall back and rely on my work ethic to carry me through.”

Noticeable. Which is exactly the opposite of how he was in the locker room. As Saterdalen put it, you'd never know he was there because he wouldn't say anything.

That's the way Petersen would prefer it, even while dealing with a disease that can sometimes be difficult to hide. He was diagnosed with type-one diabetes at the age of 5, and uses an insulin pump during games. During his high school days, he just kept it quiet – as Saterdalen said, if you didn't know beforehand Petersen had diabetes, you wouldn't have figured it out by just watching him.

“I guess I take that as a compliment, because I do try to make sure it's a non-issue for people around me,” Petersen said. “I don't want coaches to have to be worried about that. It's a hard enough game as it is.”

Once again, thinking ahead.

The only reason most people know now is because he's taken a leadership role in the fight against diabetes off the ice. In 2004, he was nominated by the Wilkes-Barre/Scranton Penguins as their 2003-2004 AHL Man of the Year candidate for his work with diabetes charities.

“I think that's more my mentality. You just try to blend in, and not try to draw to much attention to yourself for anything really. Especially in high school,” Petersen said. “But it's weird because I'm quite vocal about it as far as the Juvenile Diabetes Research Foundation, the American Diabetes Association.”

Saterdalen wouldn't describe that as weird. He said it was Petersen being Petersen: An “absolute gentleman.”

“He has a personality that no one would dislike him,” Saterdalen said. “He does so much with the league for hockey, and diabetes, he's just a really class kid. ... He's just exactly the way you'd want your son to be. He never said a harsh word to anybody, and he never said a harsh word. He was always so coachable. And that's the way he is now, and that's why I say he has so much respect in the National Hockey League for what he does there.” 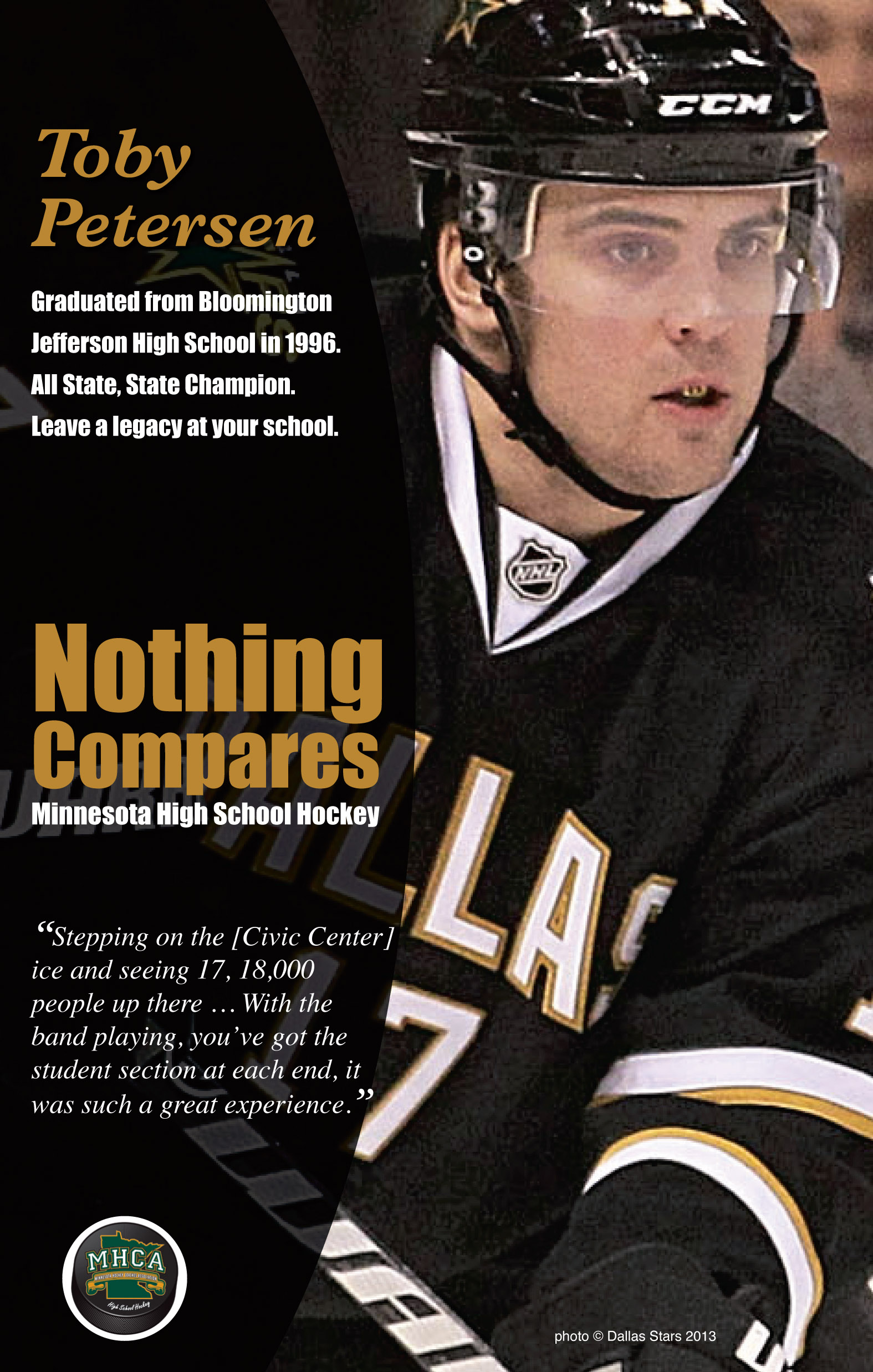 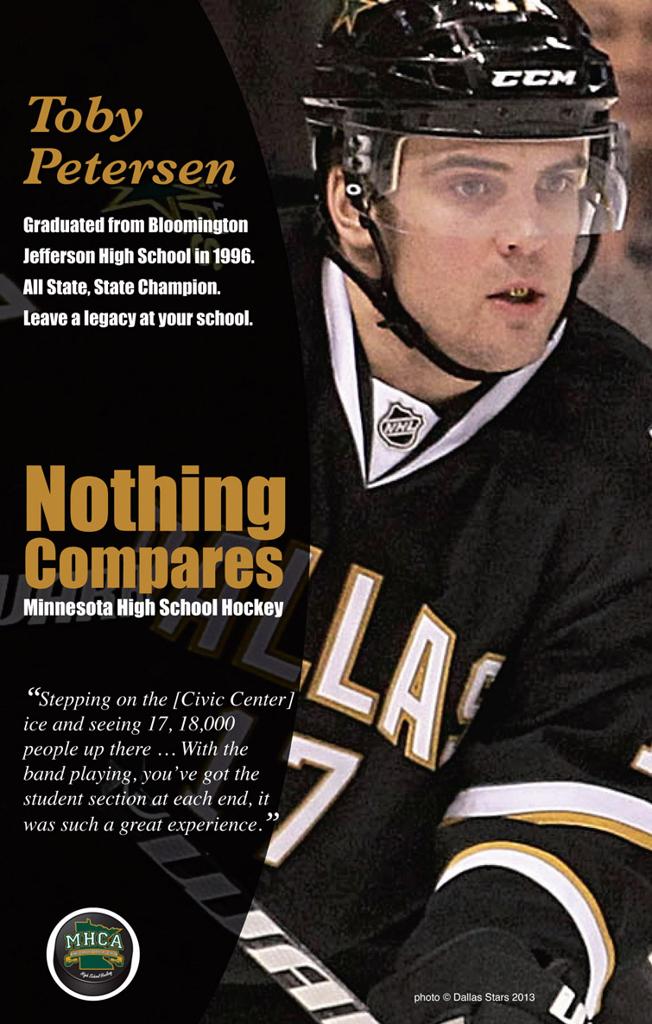