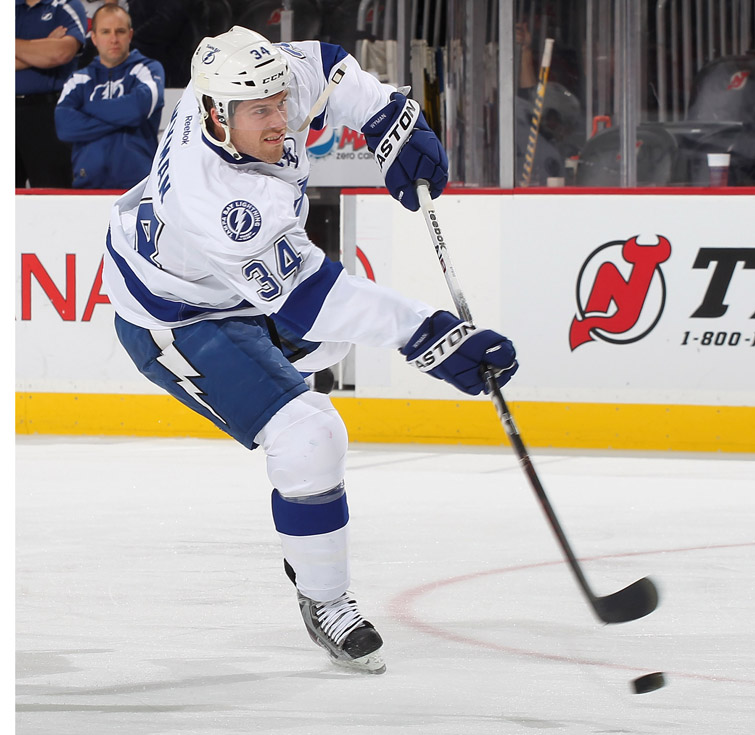 J.T. Wyman of Blake played in 41 games for the Tampa Bay Lightning over two seasons.

John Hamre tells a story that, in his eyes, defines J.T. Wyman's character -- from his years as a high schooler, playing for Hamre on the Blake varsity hockey squad in the early 2000s, all the way up to now, as a new member of the Colorado Avalanche.

It was 2009, five years after Wyman graduated.

“I was in the middle of a statistics class, and my phone in my pocket rang,” Hamre said. “I had to take a break from class because I recognized, it's his number. ... He called me, he took the time to say, “Coach, I just wanted to call you let you know, I just got called up. I'm playing in my first National Hockey League game tonight.’ I'll take that as a positive memory, and I will never forget that.”

Wyman played three games with the Montreal Canadiens -- the team that drafted him 100th overall in 2004 -- before going back down to the AHL's Hamilton Bulldogs, and in 2011 signed with the Tampa Bay Lightning. He played in 41 NHL games for Tampa Bay over the next two seasons, scoring two goals and adding nine assists. This past offseason, the 6-foot-2, 212-pound Wyman signed with the Colorado Avalanche.

But the call-up story is everything you need to know about Wyman. “Caring,” “respectful,” “gentleman of the game,” were words Hamre used to describe the ultra-competitive, skilled high schooler.

“Those are the kind of personalities that as a coach you need as leaders,” he said. “Players like J.T. make you a good coach.”

Wyman's former assistant coach (and the current head coach at Blake) Jon Sturgis said Wyman will always take the time to come speak with the current Blake team when he's in Minnesota, mixing in the words “class act” and “great kid.”

Those are qualities that J.T.'s father, Jim, said he and J.T.'s mother, Cathy, “absolutely” tried to instill in the youngster. Jim added that J.T., “was born with that type of a disposition, so it made it a lot easier.”

J.T. returned the credit to Jim and Cathy, saying they started teaching him about those values at a young age. And he's carried that with him through life and on to the ice, where he tries to “take pride in being an honest player and respecting the game, respecting my opponents. ... I'd say it's definitely the core of who I am as a player.”

Hamre said Wyman was a “fabulous” player to coach. He got to see first-hand what kind of effect Wyman's Lady Byng-like approach to the game had on his teammates.

“He's a kid that just, he makes positive energy, and he makes any situation a positive experience for those around him,” Hamre said. “He was able to unite teammates as a leader, whether times were going great or whether it was a challenging practice or it was a real tough opponent. He really brought people together with his personality, and he was never rattled by an adverse situation. Very calm, very composed, and a tremendous competitor.”

As an upperclassman, Wyman scored 48 goals and dished out 47 assists in 55 games from a forward spot (he also put up 12 points as a sophomore). He was the third player in Blake history to be named a Mr. Hockey finalist and was the Bears' leading scorer as a senior with 54 points. Wyman helped put Blake – which had been to the state tournament only twice before – on the frozen Minnesota hockey map.

But for all the team's success with Wyman as a key cog, the Bears never made it to the state tournament. As the top seed in 2003, they suffered a 4-2 loss to No. 2 St. Louis Park in the Section 5A finals. The following year, the Bears' march was once again halted in the 5A finals, this time 5-3 by Breck. And that was it – an abrupt end to Wyman's high school hockey career.

Wyman has trouble picking out the specifics from that final game, what exactly happened on the ice as the seconds ticked along. But the feeling afterward? It hasn't left.

“All I really remember from that is extreme disappointment,” Wyman said. “Looking back on the high school career, the teams that we had, it's pretty disappointing the fact that we never made the state tournament. That's definitely still something that stings a little bit.”

Said Hamre: “My heart breaks for his senior class.”

But those section finals games were a “showcase,” for Wyman. And his entire class, he said. Their competitiveness, their drive were on full display. And it was a situation where Wyman came through as, according to Hamre, “not just a tremendous competitor and leader, but a great teammate and a great friend among his peers” as well.

After Wyman left, the Blake hockey program would go on to make the state tournament three consecutive years, starting in 2006. Hamre said he gives Wyman and that class credit for the playoff runs that came after they graduated – they set the expectations for Blake High School hockey.

That's a compliment Wyman said he's never heard from his old coach, one he was “very honored” to hear about. And there's no bitterness stemming from the team's success without him.

“The fact that we all graduated, and shortly thereafter the team went on to make the state tournament and do some things that we could never do, I was really happy to see that happen,” he said. “But it kind of makes sense, because even when I was a freshman ... you really looked up to those players, and you really looked up to what they had accomplished. You wanted to be there, that's what you wanted to strive for.”

Wyman started at Dartmouth in the fall of 2004, and played four years for the hockey program. He put up 85 points in his time there (including a 15-goal, 15-assist senior campaign) before moving on to the AHL and ECHL for the 2008-09 season.

Then, November of 2009 came around, and he got a call. It was the Canadiens, telling him he was going to play in the NHL that night. His parents were with him at the time, so they heard the good news immediately.

“To watch him skate out on the ice and hit the Forum in Montreal, in a Montreal uniform, is pretty indescribable,” Jim said of being with Cathy at J.T.'s debut.

Then it was time to give someone a call of his own: The old head coach at Blake, who was in front of a statistics class when his phone rang.

Why did Wyman take the time to do that?

“He just exuded such great confidence in the fact that I could play in the NHL. And [in high school], it was just a very unrealistic dream in my mind,” Wyman said of Hamre. “[Getting called up] was a special moment for me, because in many ways it was just proving him right, the fact that his prediction came true. I was proud. I wanted to share it. I felt like he was a big part of the early stage of my career, and he was a big influence in my hockey career.

"For me it's all about sharing these experiences with the people who helped you along the way, and the people who are close to you and who matter in your life. And that's really what makes them all the more special.”

Is there anything else you need to know about J.T. Wyman? 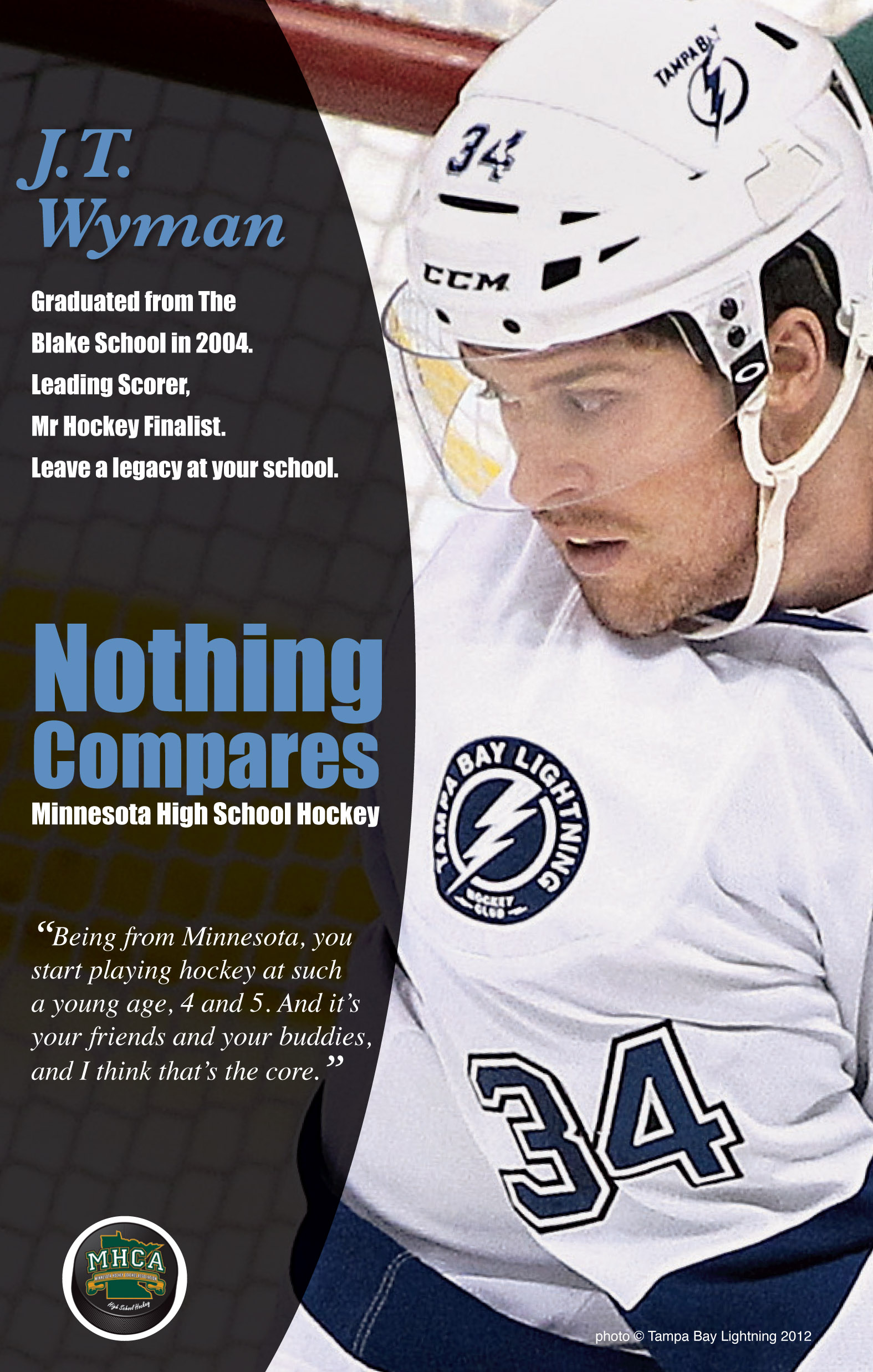 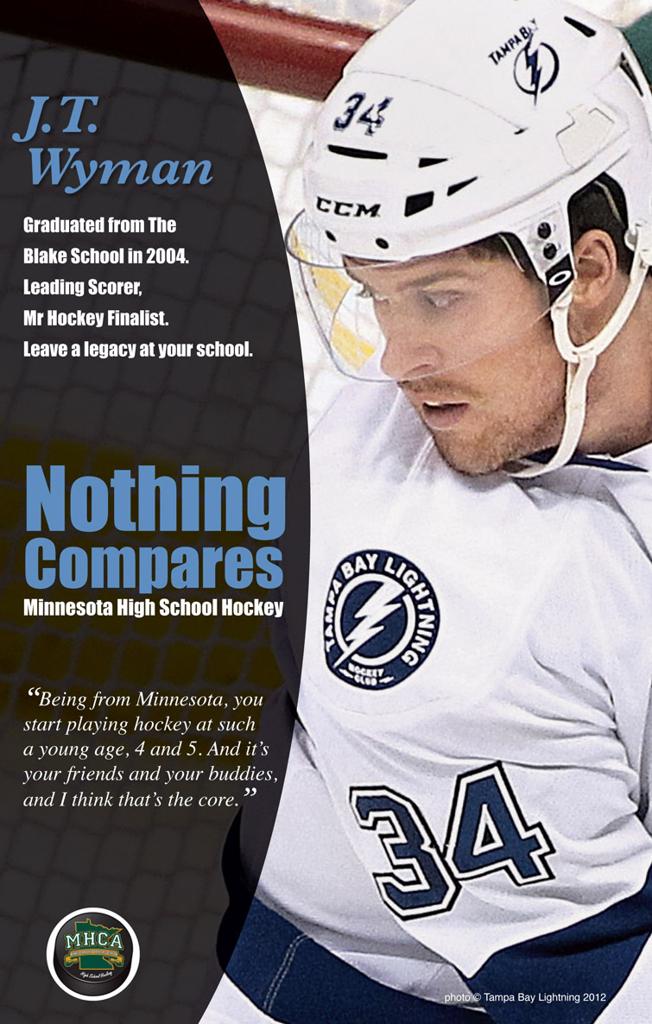