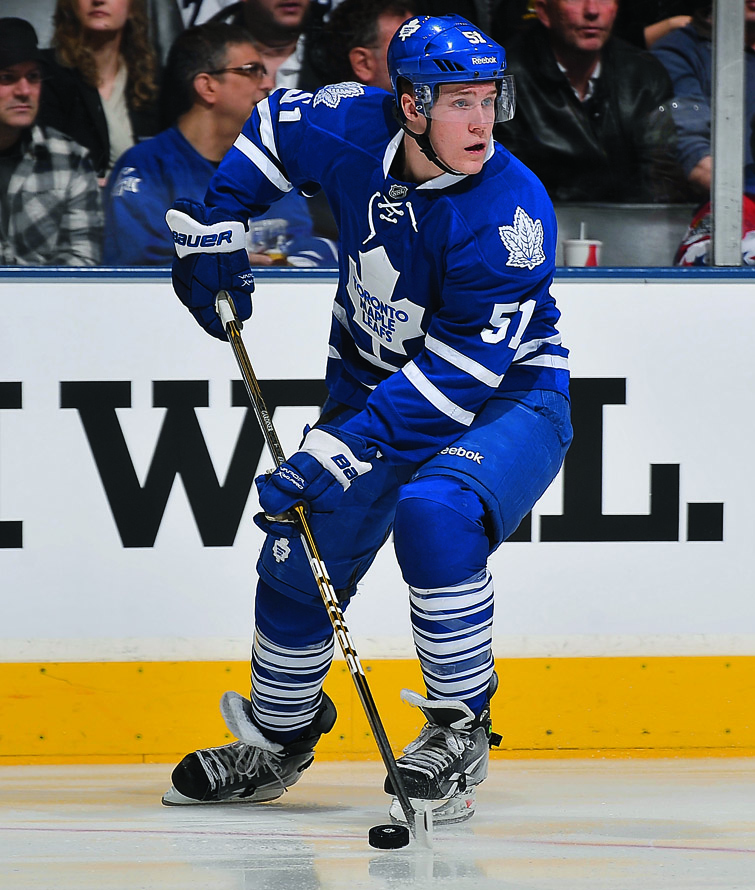 Only one game into Jake Gardiner's senior season at Minnetonka, and his offseason switch from forward to defense looked like it might pay off.

It was against Cloquet-Esko-Carlton, a team coming off a 22-4-2 record from the year before and led by a stud named Justin Jokinen. The Skippers, by comparison, had put together a 16-win season with a first-round section tournament exit.

One of the returning players for first-year coach Brian Urick was Gardiner. Gardiner had played forward his entire career – until that offseason, when he was shifted back to the blue line by the previous head coach, Ken Pauly.

“We didn't know what kind of team we were going to have or anything like that,” Urick said. “And there was a Mr. Hockey candidate on Cloquet.”

That player was Jokinen, who led Cloquet to the state tournament in 2008, was drafted by the Buffalo Sabres that year and is currently at Minnesota State-Mankato.

And in that game, Jokinen did nothing against Gardiner, the green blue-liner, and Minnetonka.

“He came down on a couple rushes on Jake, and Jake, it was like the kid was playing Pee Wees and Jake was a high schooler,” Urick said. “Jake just poke-checked him every time. The kid's speed never was a factor with Jake. He just made it look so easy. And I turned to our assistant coach and I said, 'Man, he's really good.' And that was kind of the first time I put two and two together that, wow, he's one hell of a player if he's got a Mr. Hockey candidate coming down on him, making it look that easy.'”

Minnetonka registered a 4-0 win to start the season. But more importantly, the Skippers' first-year defenseman had a successful first trial in his new position.

“I talked to Urick about that this year,” Gardiner said of that game. “He's like, 'Yeah, we went up there and played Cloquet, and we thought this kid was going to be one of the best kids in the state.' I think he had like one shot on net that game. ... At the time, it was pretty exciting to know that I had that capability.”

Not only did Gardiner have the capability, he exploited it. He was always fast, an attribute that stood out when watching the 6-foot-1, 172-pound Gardiner go end-to-end.

“By his senior year it was like he was so much faster than anyone else,” Urick said. “The league was almost too slow for him.”

That straight-line speed, his playmaking ability, his decision-making – those were perfect for being a top D-man.

“As soon as he got back to defense, his stock just went through the roof,” Pauly said. “It was like paydirt. It was incredible.”

Pauly was Gardiner's coach in 2006 and 2007, during his sophomore and junior years. He was also part of the USA Select team coaching staff, and during the summer before Gardiner's senior year talked to then-Minnesota State-Mankato coaches Troy Jutting and Eric Means. They thought Gardiner – a skilled forward in his own right, but those are a dime a dozen in Minnesota – might flourish as a defenseman.

“He's a great skater, got great skills, but he didn't really necessarily score a lot of goals,” Pauly said. “You want to move the kid back, but at the same time you want him to be on board. Jake was a high-end kid before he got moved back to defense, so I didn't want to hurt his career, or hurt his chances. But I also thought this might really be good for him.”

Jutting also sent that message to Gardiner: Lots of forwards can do what you do. Not all defensemen can.

“And I kind of knew that, if I wanted to make it to the next level, I had to change something,” Gardiner said. “So I listened to his advice, went back to defense.”

He wasn't nervous about it, didn't have any trepidations about the move, he said. He had played some defense late in his junior year – Pauly needed some more punch from the point on the power play – and he knew that his speed would help make up for early mistakes.

That same summer, Gardiner made the USA U-18 Select team as a defenseman. He was good right away. Not quite perfect, but pretty darn good.

“You could tell watching that he was a converted forward,” Pauly said. “He certainly had some forward glitches in his play. But the fact is is that he had all those raw tools that you're looking for in a defenseman.”

Gardiner remembers one game in particular that high school season, a "Welcome to the blue line" moment.

“I got burned wide by some guy, then he put it through my skates, and he ended up scoring,” Gardiner said. “It was against Holy Angles actually. And yeah, he made me look pretty stupid. I remember that was a time I figured out I needed to start practicing my backwards skating a little bit more.”

But for the most part, Urick and the Skippers suddenly had a blue chip blue-liner on their squad.

“He just seemed to fit better as a defenseman than as a forward,” Urick said. “I definitely think that helped him.”

And that speed. Urick said the gap between Gardiner and everyone else was unparalleled. While learning defense, even when he made mistakes positionally, he could make up for it.

“His mistakes, he never got caught. He never really made himself look bad because he could always catch up to the guy,” Urick said. “For example, one time ... he jumps up into the play [on a rush], gets caught, and now it's a two-on-one coming back the other way against us. And he was able to come back and catch the guy with the puck. He was just so fast.”

The switch paid off quickly. Gardiner scored 16 goals and dished out 27 assists as a senior, and the Skippers went 24-4-0 and advanced to the Section 6AA finals. Gardiner also earned a Mr. Hockey finalist nomination for his play.

That summer he was drafted 17th overall in the first round of the NHL entry draft by Anaheim. He played for three years at the University of Wisconsin, putting up 41 points as a junior for the Badgers.

The jump to the collegiate level was an “eye-opener” he said, adjusting to a higher level of talent across the board where he couldn't get away with the same mistakes. But he worked through it, and after the 2010-11 season, Gardiner made the transition to the pros. His rights were traded to the Toronto Maple Leafs in February that year, and Gardiner made his NHL debut in a Maple Leafs sweater that October. He played in 75 games for the Maple Leafs during his 2011-12 rookie campaign, tallying seven goals and 23 assists and getting named to the NHL All-Rookie Team.

After the lockout, he spent nearly all of the following season in the AHL, with the Toronto Marlies, amid reports that the coaches weren't happy with his defensive game. But he was brought up during the season's waning days and played in the Maple Leafs' final 10 regular season contests.

He was scratched for the team's playoff opener against Boston, but came back and played in the final six of the series. He scored in the third game, a 5-2 loss – but it was the first home playoff goal for a Maple Leaf in nine years. Now he's poised to be one of Toronto's top four defensemen for the 2013-14 season.

“It's been awesome, every step of the way,” he said.

It's been a ride few people get to experience. But Urick isn't worried about his former player getting too big for his hockey britches.

“We talked to him about, make sure you don't get too big of a head when this happens. You get all this attention and don't think you're better than you really are, and you've got to continue to keep working,” Urick said. “But the thing with Jake is, he's so down to earth, and so humble and quiet...He really doesn't have a big head or an ego that gets in the way. He's a hard-working kid and he's respectful, and the type of kid you'd want as your son.”

And that gamble, that switch to defense? It looks to be paying off immensely. 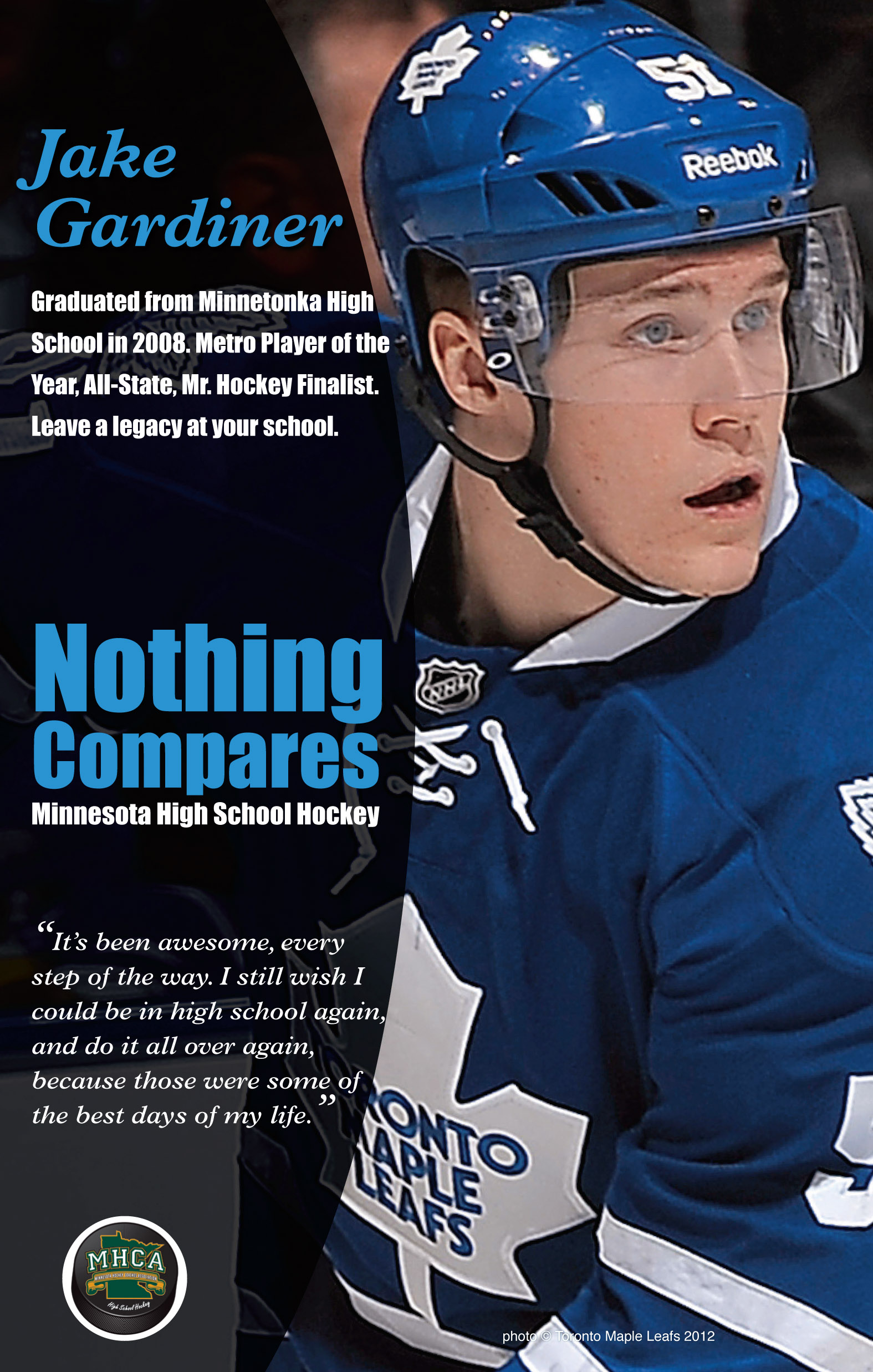 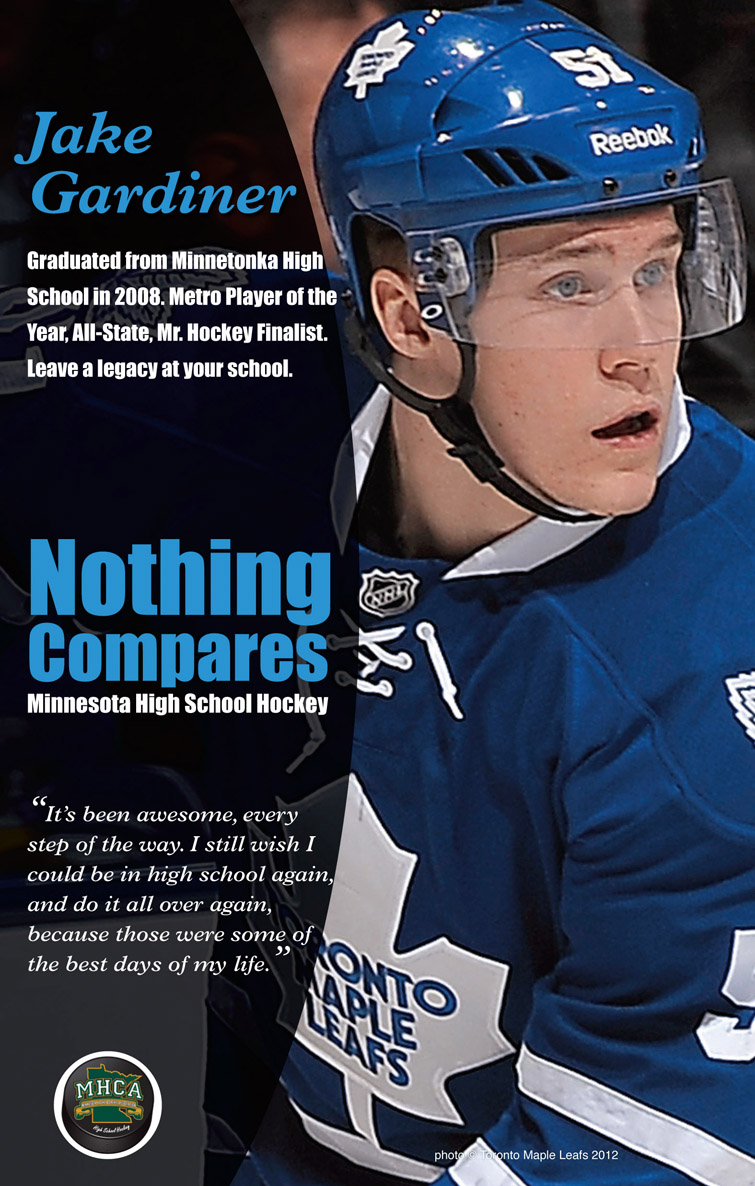