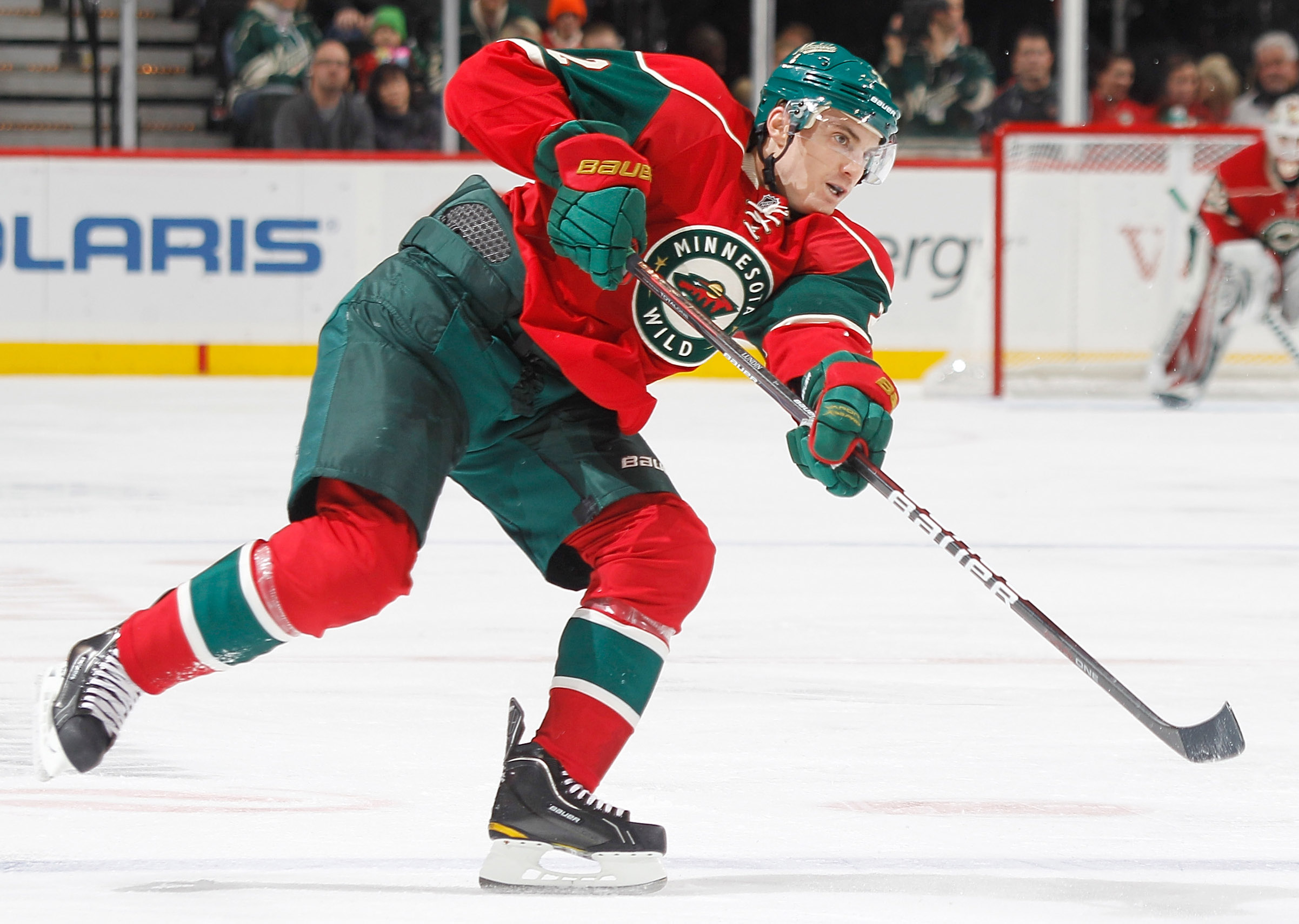 Mike Lundin of Apple Valley played in just 17 games for the Minnesota Wild during an injury plagued 2011-12 season.

It was on a TV screen where Tim Whitehead first saw Mike Lundin.

Whitehead, head coach of the University of Maine's hockey program at the time, watched video of the defenseman from Apple Valley – a necessity, considering Lundin's game. He wasn't an offensive force from the blue line. He wasn't going to blow by anyone with eye-catching speed, or knock someone's head off in the corner.

But boy was he a good hockey player. Whitehead was impressed.

“I was amazed at how efficient his play was,” Whitehead said. “And then seeing him [later] in person was the same. He's exactly as advertised.”

“Mike Lundin was the quietest dominant hockey player probably that I’ve ever coached or even seen,” Hayes said. “He was a guy that took over a game and you really wouldn't have noticed it unless you were watching for it. ... He absolutely just controlled the game. He was, still to this day, the smartest hockey player I’ve ever had the pleasure of coaching.”

And throughout the past decade, enough hockey-smart people have noticed Lundin's quiet dominance to pull him up from the college level to an 81-game rookie NHL season the year after graduating and to a still-growing career in the pros.

All of it came despite Lundin's game of subtleties grating against this generation's proclivity for flash. People want to see otherworldly goal totals or 15-second YouTube clips of a jaw-dropping deke.

Lundin doesn't have that. And he knows it. He's known it since high school, playing as an Eagle until graduating in 2003 -- all with Hayes over on the bench. So when asked what Hayes meant when he described Lundin as quietly dominant, Lundin only needed a second to think about it.

“Obviously quite the compliment,” Lundin prefaced. “I think he means I wasn't flashy. I wasn't like a big recruit. The Gophers and all these colleges and stuff weren't all over me. But I think I just kind of went about my business, and during my senior year I think I really controlled the hockey game. I felt like I played a lot of minutes, and I just have a memory of feeling like I had the puck for a large portion of the game.”

Like many top-shelf high schoolers, Lundin could have skipped his senior year and opted to play in the USHL. He gave it some thought, weighed his options. But looking back, he says how much he grew as a player during that final high school season was invaluable.

“I always think back to how big of a mistake that probably would have been,” he said. “Because you know, when you do get that feeling that I got my senior year of high school, just kind of controlling the game, it gives you a ton of confidence, and you just kind of ride that confidence.”

The confidence that led to even better play turned into attention, accolades, and results. With Lundin leading the way (and his younger brother Matt in net), the Eagles gave up 29 goals in 25 games that season, with opposing teams scoring more than two goals on just three occasions.

“And a lot of that was Mike,” Hayes said. “Mike would just say, 'We're not going to make it easy for teams to score.' ”

“I think it was gradually throughout the season, I just started noticing, you know, I can do more,” he said. “I don't always have to pass the puck now. I can make a few more plays.”

Lundin didn't mind not being the highlight-reel player, putting up eight goals and 20 assists that year. He was afraid of getting in trouble, he said, on and off the ice. So he was always careful, thoughtful with his actions. That lent itself well to being a defenseman, and he took his assignment as a protector seriously. Turning himself into a 'Top 10'-style player, even with the possibility of college and the NHL looming up ahead, was never a temptation.

“I knew from my own teammates I was respected, so I kind of got over that urge,” he said. “And even to this day, I shy away from the spotlight a little. I don't really like being the center of attention.”

After graduating, Lundin went straight to the University of Maine to play for Whitehead. There was some deliberation, Whitehead said, about whether Lundin should spend a year in the USHL first. But Whitehead was confident that Lundin's athleticism and work ethic would allow the youngster to take advantage of the opportunity, quickly. And he did.

“He came in and just quietly went about his business,” Whitehead said. “He was really well-liked by his teammates. I don't think there was a single guy on the team that didn't have total respect for him. He's one of those guys that just earns respect with how he trains every day, the way he carries himself, the respect he shows other people.”

On the ice, he scored three goals and distributed 16 assists in 44 games as a freshman playing that quiet brand of hockey that, oddly enough, got him noticed in the first place.

“For the trained eye it's pretty easy to see. But like I said, he's not a flashy guy from the outside looking in, that's going to go coast to coast with the puck, or put a puck top shelf and everyone goes 'Wow!' ” Whitehead said. “But he's going to end up, at the end of the game, plus-2 or plus-3, with an assist off a nice wrist shot. He'll strip a guy of the puck in front of the net to save a goal. He'll block a shot. He basically is a very complete player.”

Maybe more importantly, he gained the trust of Whitehead, so much so that he was on the ice during the final moments of Maine's 1-0 loss to Denver in the 2004 NCAA championship game.

“As a freshman, that shows you how much confidence I had in him right from the start,” Whitehead said. “He's always under control, and he exudes that calmness. Every position is different, but for goalie and a defenseman, you need to be calm under pressure. And as a freshman, oddly enough, Mike just ...  he had that from the beginning.”

Lundin was drafted that summer, No. 102 overall by the Tampa Bay Lightning. He went on to play 116 more games for the Black Bears over the next three years, finishing with another 10 goals and 40 assists.

He made the Lightning right out of college – somewhat of a surprise at the time – and once again displayed his trustworthiness right from the start. He played in 81 games as a rookie in 2007-08, finishing plus-3 with six assists on the year. He split time between Tampa Bay and the AHL's Norfolk Admirals over the next two seasons, then came back strong with 12 points in 69 games for the Lightning in 2010-11.

The Wild came calling that offseason, and he signed a one-year deal with his hometown squad – then injuries hit. He played in just 17 games, left in the offseason for Ottawa, and appeared in only 11 contests there. It was a long ways away from his high-impact high school days. So he decided to make a change, opting for a deal with the Kazakhstan-based team Barys Astana of the KHL.

He'd lost some confidence, he admitted – and with it, any sense of fun.

“It was hard,” Lundin said. “I got to the point, I think, in the NHL where I was feeling confident, kind of moving my way up. Then I had a couple bad seasons, lots of injuries, and I kind of just lost confidence and just wasn't enjoying hockey at all. And so it's tough to play well and enjoy life when you're not enjoying hockey. I think it came down to finding a joy for the game. Getting my game back and finding the passion for the game again. It felt like coming over here was the best way to do that.”

Lundin isn't sure what the next step is. He's not planning it right now. If he, his wife Shelley and their children like it overseas, maybe they'll stay. Or maybe he'll get the itch for NHL action again and try to return.

“It's definitely different and fun, just to be able to experience the world and see some other places,” he said. “It's one of the benefits of this job, definitely.”

While he's there, he'll give some international hockey fans a chance to witness his brand of hockey. A style that to this day must be seen to be fully appreciated. 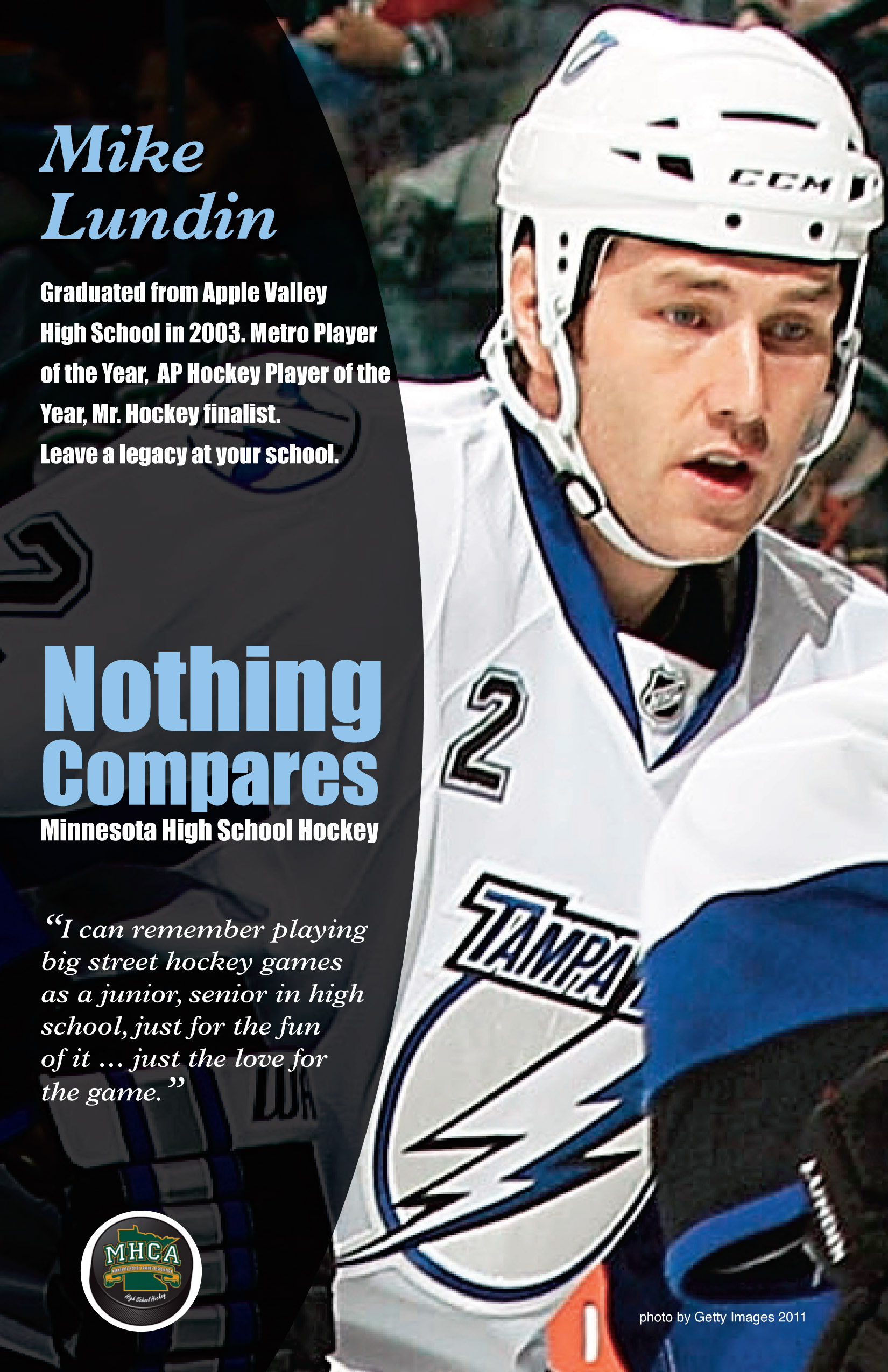 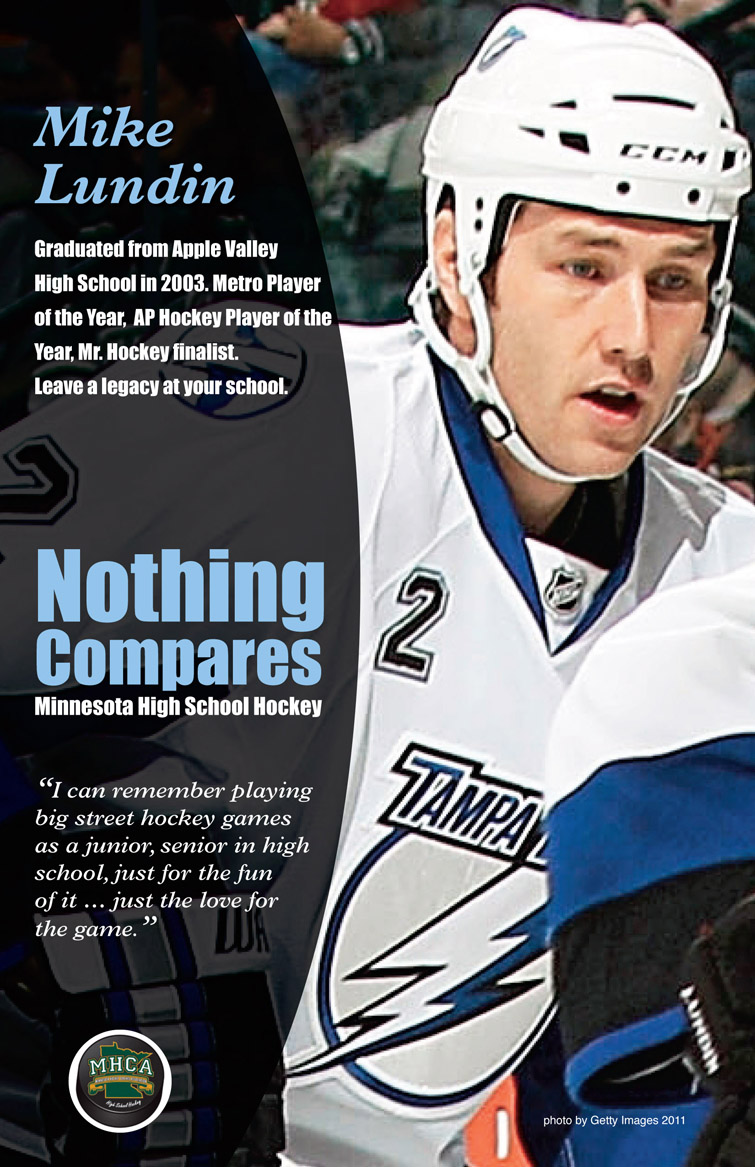