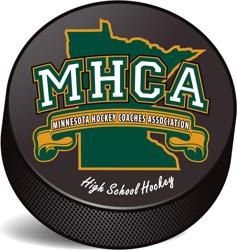 On Friday, March 4, four coaches were inducted into the MHCA Hall of Fame and four others were honored for their contributions and accomplishments with individual awards.

Individual awards were given to:

Oscar Almquist Award (given to a non-coach who has contributed to the success of high hockey by advancing opportunities for players and coaches)—Matt Majka and the Minnesota Wild.

Bruce Johnson Award (given to an MHCA board member who has made extraordinary contributions to the association)—Tom Peart.