Updates From The Coaching Community

Updates on Coaches, Past & Present

Check out what coaches, past and present, have been up to around the State of Hockey.

* Wade Chiodo is starting his 9th season at Bemidji and returns 13 players this season. The Lumberjacks are seeking a third consecutive trip to the State Tournament.

* Aaron Johnson enters his tenth year of coaching high school hockey this season at Buffalo. His father Bruce Johnson will serve as an assistant along with brother Thomas Johnson and Dave Carrothers who was an assistant under former coach Mike MacMillan .

* Buffalo hockey founding father and longtime coach Doc Ahrens hung up his skates this season. Ahrens was an all-state high school player at Duluth East and a standout at UMD.

Email us your updates

* Greg May is the new Blake boys coach. May was previously the Farmington boys head coach.

* Gordie Robets is the new assistant coach at Maple Grove.

* Bruce Johnson is back at Buffalo as an assistant with his two son's Aaron and Thomas.

* Jerrid Reinholz is the new head coach at Anoka.

* Ben Gustafson is the new head coach at Elk River.

* Mark Manney (head coach at Andover) is the new President of MHCA and will also serve as a board member with Minnesota Hockey.

Older News from the 2015-16 Season:
* John Hamre, Head Coach of the Blake boy’s varsity team from 2002 – 2011, is the Director of Hockey Operations for the University of Wisconsin Men’s Hockey Team, and also writes a regular column for Let’s Play Hockey.

* Rochester's Lorne Grosso surpassed the 700 win mark and will retire after this season as the state's winningest hockey coach ever! Here is a great story from the Star Tribune.

* Hermantown’s Bruce Plante is in his 27th season and will coach his 500th career win in the very near future.

* A hat trick of Bergland brothers: Maple Grove head coach Todd Bergland’s brother Tim has coached Thief River Falls for 8 years after taking over for brother Scott, who coached for 12 years. Scott is now Tim’s assistant. And that was Tim’s daughter Emily who scored the winning goal for the state championship last season for Thief River. Emily is playing at Bemidji this season.

* Former Warroad coach Cary Eades is coaching Team USA in the World Junior A Challenge in Ontario.  The team is made up of current players in the USHL.

* Former Marshall head coach Mark Jorgensen is a General Services Officer with the U.S. State Department posted at the U.S. Embassy in Dakar, Senegal. "Jorgy" was the first boys head coach in Marshall from 1998-2002.  He keeps his fingers in hockey, while posted in Tashkent, Uzbekistan in 2011-2013 he helped to re-establish a youth hockey program in the country. His next assignment is in Chisinau, Moldova, a former part of the Soviet Union.

* St. Michael-Albertville coach Jerr Johnson is in his 11th season.

* Word is that the ceremony honoring former So. St. Paul coach Doug Woog and officially changing the name of Wakota Arena will be in early 2016. Wooger also gave the "Let's Play Hockey" at the Nov. 25th Wild game.

* Until Lakeville North did it last year, the 1997 Red Wing team, coached by George Nemanich was the last team to go the entire season without a loss or tie.

* Woodbury coach Wes Bolin is a Program Manager for the HP 18 Program and is the Minnesota Hockey ADM Director.

* Mark Manney, head coach at Andover,  is a Minnesota Hockey Board Member, the CEP District 10 Head Coach and spoke at  the USA Hockey Coaching Education Program Instructor Training in Hartford Conn. in July.

Email us your news & updates! 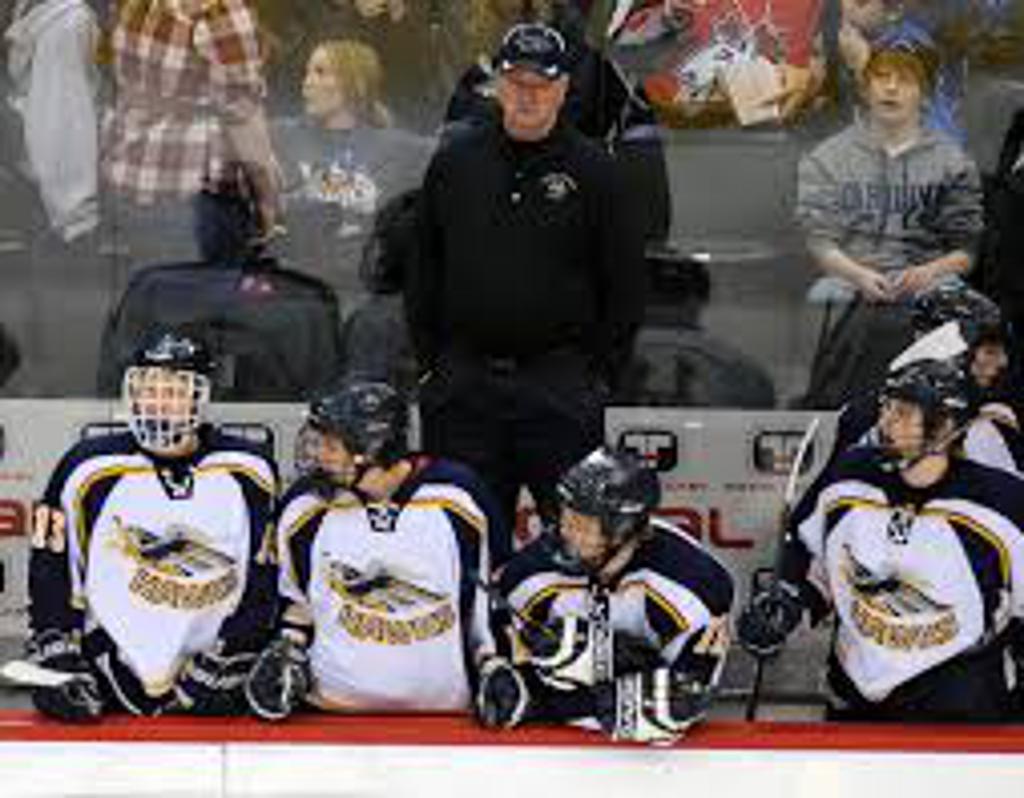 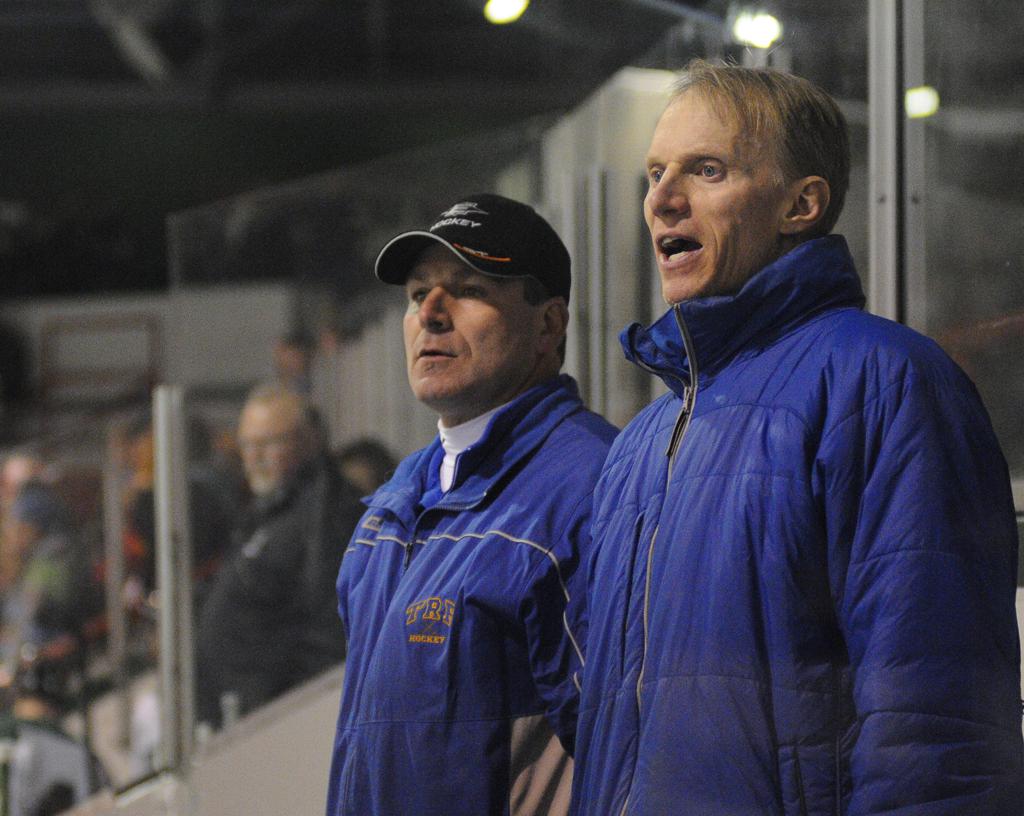 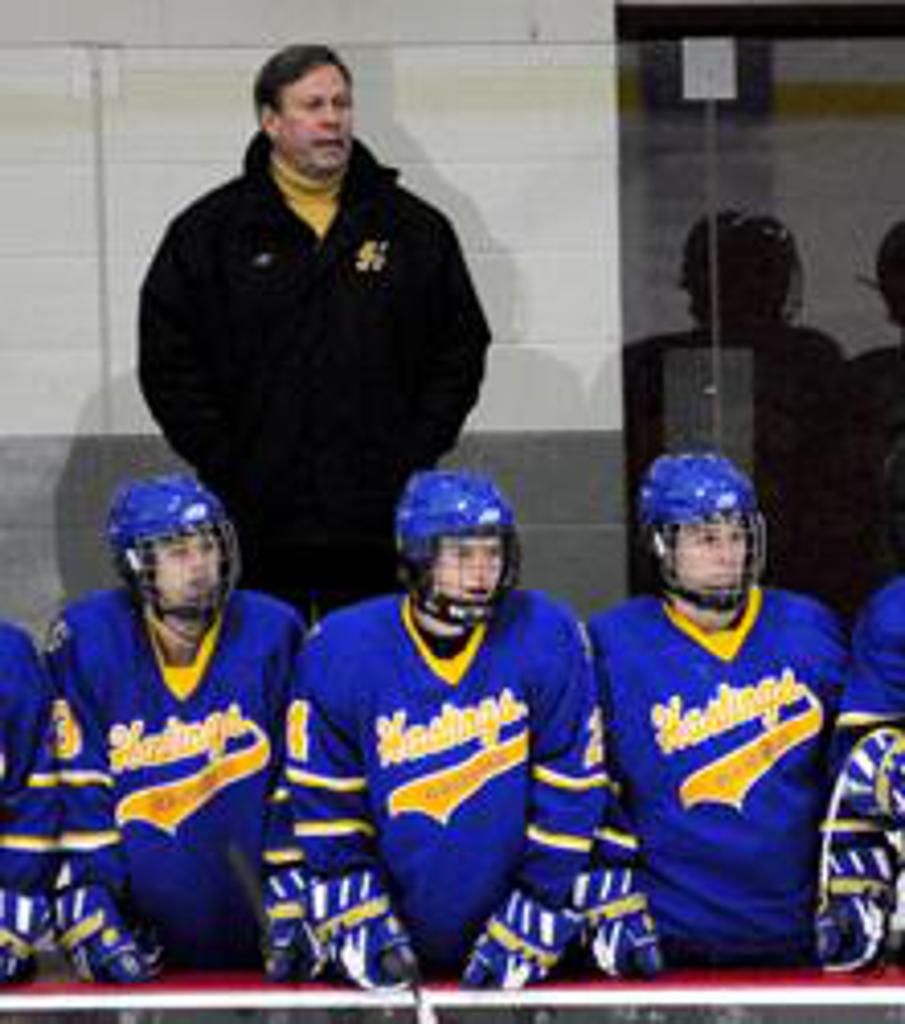 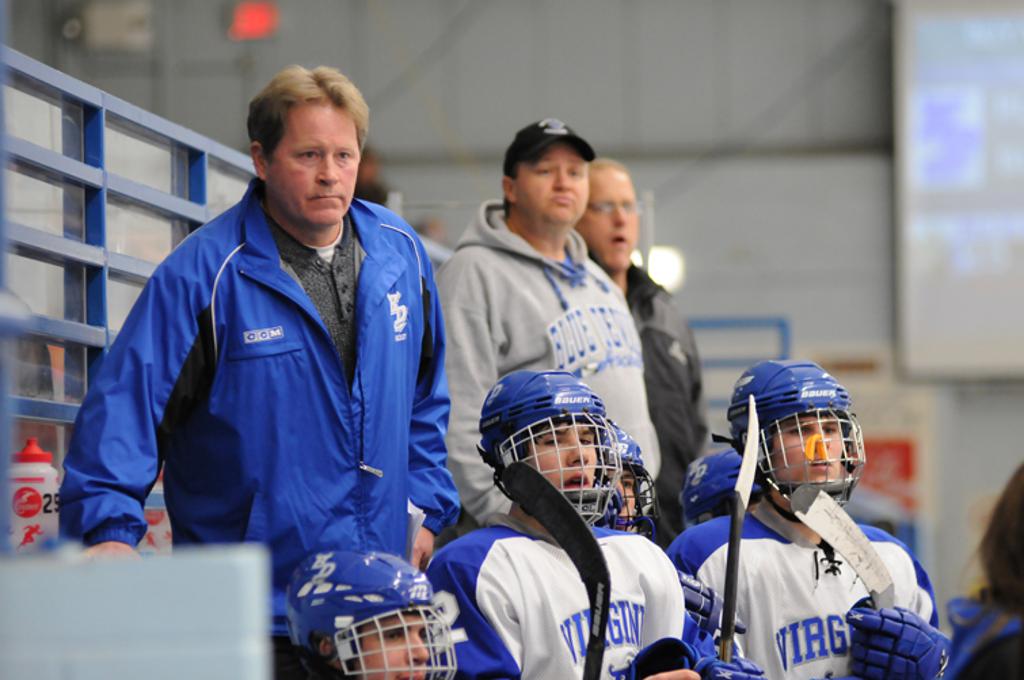 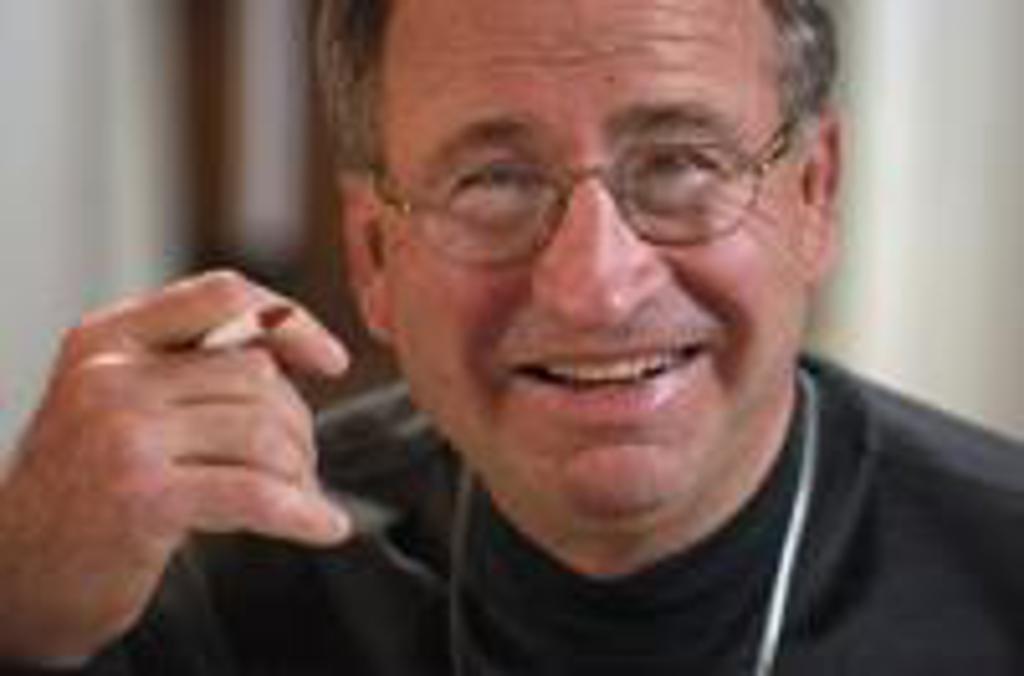 Tag(s): Home  News and Events  Around the State